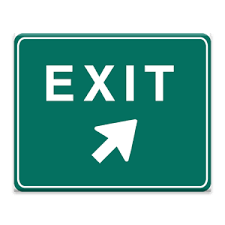 I’ve spent a lot of time in my car lately driving our country’s interstates and because my 23 hour book on CD turned out to be a dud I was forced to listen to the radio and the voices in my head – both equally scary.

I was totally bummed that my book, Catherine the Great, in my second favorite reading genre, historical non-fiction, was a WTH audio experience. (Do not even think about asking what my favorite reading category is. Okay, okay, I’ll admit that I enjoy, on occasion, a very well written Regency Romance novel. There I outed myself. I said it. Feel free to judge or in my husband’s case openly mock me.)

Now, back to the audio book, which is, of course, about a woman, although a man read it. No big deal except that the guy doing the narration talked in a chick voice, a really bad chick voice. He would do the historical set up in his, let’s call it natural voice, but then, when the book, based mostly on Catherine of Russia’s diaries and letters, shifted to anything to do with the Empress he would go all high-pitched little girl squeal. It was insulting to both my ears and women everywhere because my gender doesn’t sound like we’ve taken hits of a helium balloon before speaking. Is the audio book talent pool so shallow that this is the best they’ve got – the dude falsetto?

The whole thing left me peeved and angry that my only two choices left for entertainment during a 13-hour drive were either talking to my teenage daughter or listening to the radio. I’m sure you can guess which one I picked. Yes, of course the radio mainly because my daughter, in true teenage fashion, slept almost the entire time.

It’s not that I mind listening to the radio. It’s just that it’s hard to find a station that doesn’t bore you especially on a Saturday. You know what’s worse than watching golf? Listening to it on the radio. How do people do it and drive? It should be against the law because golf radio is a lethal sleep aid. Ten minutes of two golf announcers in whisper mode murmuring about a three putt and I’m nodding off at the wheel.

Then there are the commercials. Does the FCC regulate radio ads? I swear two stations in Indiana were all ads. One though did get me thinking. It was an infomercial for drug research volunteers. I totally fit the profile, good health and between the ages of 45 to 55. The money was what got my attention – $9,600! Even better you got a 16-day vacay from your family, which they made, sound really appealing in a Netflix and chill kind of way.

But then I began to wonder how many times a day do they stab you with a needle and was it in the brain or worse would you be subjected to slow Wi-Fi? And what about the thread count for the sheets and do you have to share a room with other people or, shudder, sleep in bunk beds like a prison or dorm room? At the very least it would need to be a Holiday Inn Express experience to even get me to consider being a drug guinea pig. I wonder if they let you tour the “campus” before you sign up. I would definitely need a tour.

My deep thoughts about possibly pursuing a career as a drug research participant were halted when I stopped for gas and became very curious about gas pumps in states that start with I. At every Illinois and Indiana gas station the pumps had TV’s in them. Has it come to this America? Are we so scared of having one second of non-audio or visual stimulation that even our gas pumps have to “entertain” us? It made me long for my beloved Quik Trips back home.

At a Quick Trip you don’t need any lame gas pump TV because the near death experience of maneuvering to a pump is about all the adrenaline surge and entertainment one can handle. Forget about ponying up the bucks for the “Richard Petty Driving Experience” just go to any Quik Trip at noon and try to get gas as you compete for the next bay opening while dodging landscape trailers without spilling your 32 ounce Diet Coke. That’s what I call a heart pounding thrill ride.

By the time I arrived at the upper reaches of the United States I was exhausted, not from driving, mind you, but from my marathon of random thoughts. Although, a week later, that drug research cash still sounds promising and yet what if that’s how a Zombie plague gets started or what if it’s a cover or code for a terrorist coven? Oh man, I really need to stop thinking.

5 thoughts on “Random Thoughts On the Interstate”