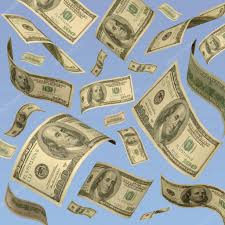 A sorority sister sent me an Evite to a virtual wedding shower. The Evite suggests that instead of gifts we Venmo her money. The reason she gave is that she didn’t want to put a “strain on the delivery service by having people send gifts.”

She says she’s throwing herself a virtual shower because she still “wanted to celebrate her love” and we shouldn’t let the coronavirus “steal our joy.”

The kick in the ass is that this woman’s wedding isn’t until February of 2021. Who throws themselves a bridal shower almost a year before the wedding? My Evite RSVP was that I wasn’t “going” to her virtual shower because I didn’t appreciate the “shake down” for cash 13 months before her wedding.

I guess because people are bored the whole thing blew up and the bride played the boo hoo card and said that I’ve “devastated her and her character.”

Signed, Guess who got disinvited from the wedding

The short answer is not only are you right but you’re RIGHT IN ALL CAPS. The bride has no character to devastate because her behavior is reprehensible. Who during a pandemic where people have lost their jobs or are worried about their jobs and, oh yeah, NOT DYING, sends out a virtual shower invitation asking for cash? Never mind that the wedding is a freaking year away.

To further add to my arsenal of hostility is the wording of the Evite where the bride acts like she’s doing the Lord’s work by pointing out the cash is good because she doesn’t want to “put a strain on the delivery service.” Yeah, right. Cue the world’s largest eye roll. Cash is good because she’s a greedy witch.

Consider yourself lucky to be disinvited. This bride sounds she’s riding shotgun on the Hot Mess Express. Trust me on this – the wedding will be an epic train wreck.