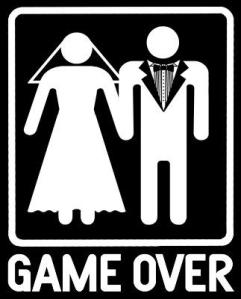 The Super Bowl ruined my engagement and I don’t know what to do about it. My boyfriend of almost two years had planned to ask me to marry him during the Super Bowl. It wasn’t going to be a surprise or anything because we had talked about it a lot and made plans. I even had a cute hashtag for it. I was going to use #SuperProposal.

While we were watching the game with thousands of other fans in downtown Kansas City he started to get weird and then after the third quarter he told me that the Chiefs losing by 10 points was a sign that we shouldn’t get married. Then after the fourth quarter interception by the 49’ers he left me, like he disappeared from the party zone.

While everyone was celebrating the Chiefs win, I was standing in the crowd crying because I wasn’t engaged, and I was all alone. My mom says I should cut my boyfriend some slack because “sports can make guys do weird things.” I’m thinking I shouldn’t let him off that easy. What do you think I should do?

You need to make like Mahomes and throw this guy about 40 yards because here’s a hash tag for you #YourBoyfriendIsAloser. First and foremost, the fact that he gave up on his team in the 3rd quarter speaks to a total lack of character.

And using the Chiefs being down by 10 points as an excuse to call off the proposal is beyond childish. If this dude was getting cold feet about the proposal he should have manned up and said so and not blamed it on a football score. And trust me if he used that as a reason to not propose he DID NOT want to get engaged.

Lastly and much more importantly, it is outrageous and unforgivable that this man/child disappeared into the crowd and left you and shame on your mom for making excuses for him. If some guy pulled this on my daughter he would be dropped kicked.

If you marry this dolt it will result in #SuperMisery. Marriage is hard and you will endure many sad and challenging situations like a death in the family, financial problems and parenting issues. If this guy ghosted you due to a Super Bowl score then there is no way in hell he’s ready to be a husband.