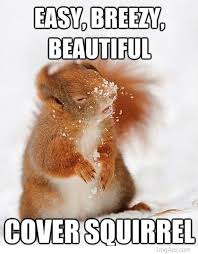 People telling me that I should be anxious is making me anxious. Apparently, Americans are in a very anxious state or at least that’s what I’m hearing, seeing and reading. I did a Google search about what are the top things making people anxious and could totally relate with anxiety number one – money.

I’ve been in a perennial state of being anxious about paying for college, retirement savings and all the other cash sucks for so long that it’s almost like I’m not anxious. I just consider the rumble in my brain of “Holy crap, I’m going to need to get a second job and a vigorous plasma donation schedule to make all this work out” as my new normal.

The second and third anxiety inducers on the list made me wonder if I had somehow gotten hold of the Kardarshian’s catalog of angst, especially number three – wrinkles. Who’s lucky enough that their third biggest anxiety is wrinkles?

Seriously, if getting wrinkles is at the top of your worry list you should consider yourself blessed beyond measure. It’s right up there with women who complain about how their elbows look. Do you know how much free time and lack of any obligations you would have to have that  your primary worry centers around the attractiveness of your elbows?

I’m stunned that my current and, as of right now, biggest anxiety, didn’t even break the top 100. I can’t be the only human freaking out over the full-scale squirrel invasion that is happening in the metro. Yes, squirrels are taking over and apparently my house is being used as ground zero.

Have you noticed that huge swath of squirrels are just prancing around like they own the city? And not only have squirrels increased in number, they’ve become much more brazen. I call it squirrel swagger.

I knew I was in trouble when the squirrels in my yard didn’t even scurry when they saw me. It was almost like they were taunting me or giving me the one acorn salute. Then things got much more personal. They laid claim to my home.

There I was one night at my most vulnerable, stark naked in my closet, when I heard a racket that sounded like a person buried alive trying to claw their way out of a coffin. I quickly alerted my husband and his response was a droll, “It’s the wind.”

I told him that I was fairly certain that I knew what wind sounded like and it wasn’t a hearty northern breeze making this sound. I got his standard issue follow-up to most of my complaints or quips the “You’re probably just crazy” murmur.

I, not being crazy, persevered, and discovered the very next day that the squirrels had done a little demo on my roof trim making their way into my house. Before you could say vermin, I speed dialed “Mr. Rodent.”

Mr. Rodent informed me that squirrels had basically turned my home into their own private Costco of nut storage. Apparently the winter we’ve been experiencing has resulted in very aggressive squirrels in search of a warm refuge with bountiful nut storage.

All I knew is that I wanted the nut Costco closed. Non-kill cages were put up and you would think that would solve the immediate problem except no squirrels were every found in the cages. Yep, that’s right they had outsmarted us.

So, now I lay in bed every night fearful about what they’re planning next. I had a dream that the squirrels had taken over my entire home and were holding a winter clearance sale. I ask you who has time to have wrinkle or elbow anxiety when there’s going to be a rodent uprising?

One thought on “Squirelly Anxiety”