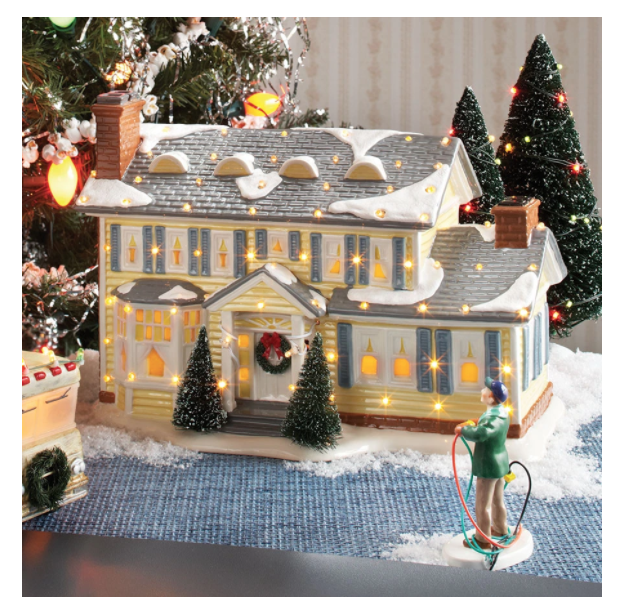 Traditions are the glue that keep the holidays intact. They provide a road map for how each family celebrates. Traditions even dictate timelines like when you put your tree up and whether you open presents on Christmas Eve or Christmas morning. They also determine what foods and even cookies grace your table and how you say grace.

One of the key ingredients to keeping the bonds of family traditions strong decade after decade is guilt. Good old, reliable, guilt. The gold standard for keeping family members in check since probably Adam and Eve had kids.

I’ll admit there’s a lot of things I do during the holidays that wouldn’t exactly make my top 10 list of ways I want to celebrate Christmas but guilt and the fear of displeasing deceased relatives which in turn might result in bad karma are huge motivators for me to toe the family line.

For example, my mother over the years has gifted me with nativity creches. The problem is when my kids were young, they played with them, and figurines were lost or broken.

My initial solution was to take the best parts of each creche and combine them to create a complete one. My son renamed it the “Franken Creche” in tribute to me Frankensteining it together.

The whole “Franken Creche” moniker kind of creeps me out and I know that it is beyond time to get a new creche especially since there’s not even a baby Jesus anymore. (Please note – how a family can lose four baby Jesus’ figurines is something I’m desperately trying not to have any deep thoughts about.)

But last week as I was decorating for Christmas, I couldn’t part with the Franken Creche.” It felt like a betrayal to my mother. So, I kept the creche hodgepodge even though after 15 plus years it now looks like the ultimate fixer upper that was caught up the vortex of a tornado and for some reason has a Cheesecake Factory design sensibility.

Another Christmas tradition I’m trying to free myself from is Snow Villages. Every year my mother-in-law gifts us a Snow Village.

It’s not that I don’t like Snow Villages, it’s just that they’re a lot. As in a lot to store, a lot of fragile parts to keep up with and they take a lot of time and effort to display.

Last year, I didn’t even drag out the 36 Snow Villages from the depths of my basement. I played the pandemic card and figured I had suffered enough in 2020 and gave myself a Snow Village holiday pass.

The problem was I guilt ridden the whole month of December for not displaying the myriad of ceramic buildings. So, this year I made sure that they’re all present and accounted for in my family room.

Even with my son begrudgingly helping me it took h-o-u-r-s to clear three bookcases to make room for them and then haul them up from the basement for the ceremonial unboxing.

I told my son that when I was dead, he and his sister would be glad that there’s all these Snow Villages filled with Christmas memories. He sighed and said, “Yeah, we’ll be fighting over them.”

This made me smile and ask, “Really, they mean that much to both of you that you’ll be fighting over them?”

“Yep, fighting over who gets stuck with them.”

I gave my son a smirk. Knowing what I do about Christmas familial guilt I have no doubt that these Snow Villages will be a part of his holiday tradition for a very long time. Although, I’m not so sure I can say the same thing about the “Franken Creche.”