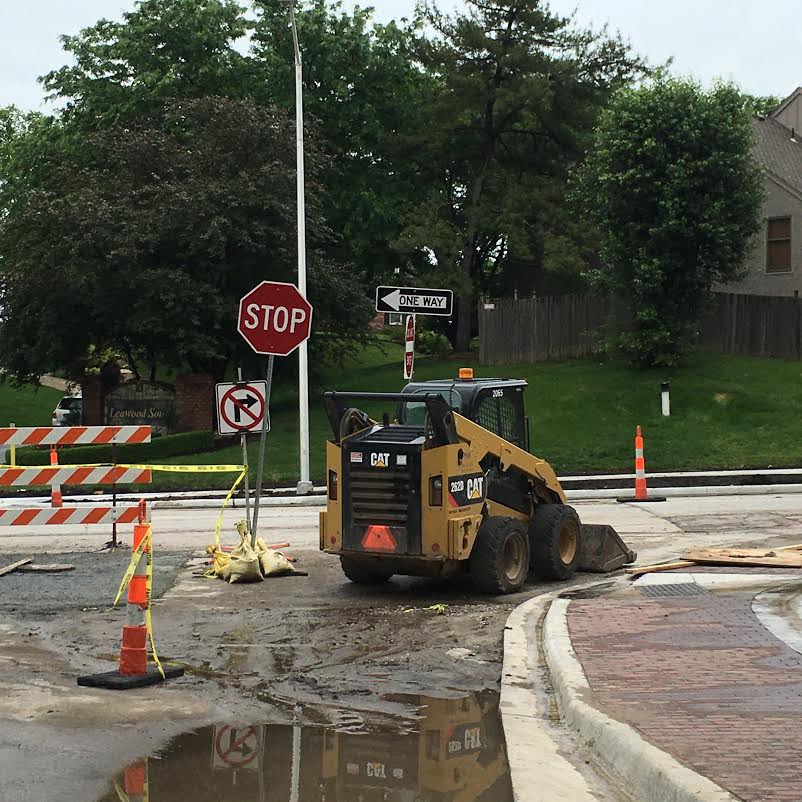 Every time I drive down a street near my home that has been eviscerated by road construction I visibly shudder. It’s been a construction hot mess for more than a year. For me it’s the equivalent of a kitchen remodel that took a tragic turn.

I’ve survived my share of home renovations projects and there’s nothing like a “little kitchen update” to threaten your mental health, your marriage and your finances. Looking back, it all started out so innocently. I was so full of hope, so focused on the future, so excited about being the master of my domain in a gleaming, updated kitchen.

But then the kitchen “refresh” that started off so promising quickly detoured into the land of panic and angst when possible mold issues were discovered, and we were told our house was apparently being held up by toothpicks and one wrong move or clap of thunder could bring it tumbling down.

This was my one and only kitchen remodel and it was so long ago “classy” laminate countertops were still a thing. But, after surviving that fiasco (Where the contractor was the husband of my son’s elementary school principal. So, yeah brilliant move on my part. ) I vowed never again.

Because never again do I want to be afraid to answer my phone or walk through my front door and hear, “Mrs. Kuehl, we have a problem we didn’t anticipate.”

“Didn’t anticipate” means one thing and one thing only – that you’re going to be washing dishes in your bathtub for another two months while fearing financial ruin.

Memories like this is why I get a case of the heebie jeebies while dodging cones on the entrance to my neighborhood. I imagine that back in April of last year the city public works department was fearless and optimistic about this renovation. But like my kitchen gut job from long ago things didn’t go as planned.

To be sure it’s a big project. Storm sewers are being replaced which in kitchen reno parlance means a gut job. Then you have to put in new curbs, asphalt, sidewalks etc. Now, more than 13 months later it looks better but again in kitchen speak it appears that they’re waiting on the cabinets to be installed and I have a feeling those might be on back order.

This means drivers are still participating in the fun filled games of “construction cone connect a dot” and “What way can we drive on the road today? Northbound, southbound or not at all?”

That said, I have nothing but respect for all the people that have worked on this project. They have been busting it for months. In fact, I’ve driven by them so often I feel like we’ve established a personal connection.

I also want to give the public works department a social distancing hug. Why? Because I remember how I felt during my kitchen remodel (chest pains coupled with a nervous breakdown) and I imagine overseeing a construction task like this has to be a million times worse.

Here’s hoping that when the project is finally done there’s some kind of celebration. At the very least we should have a car parade. All of us joyously honking our horns as we drive down the street exuberantly and, at long last , using all the lanes.