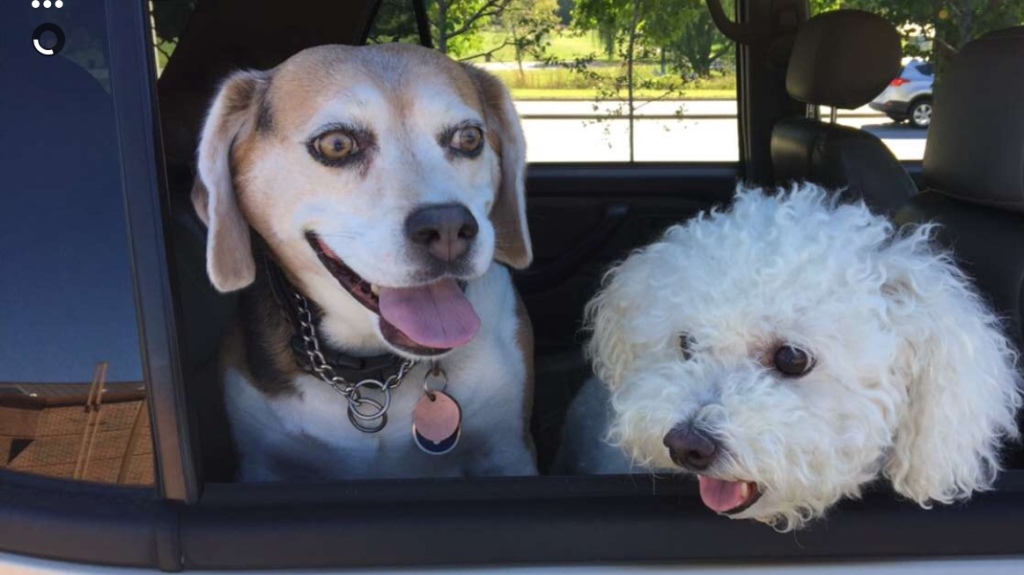 I recently thought I might need some pet therapy. My dogs and cat are just fine, thank you and I don’t need a licensed emotional support animal because according to the quickest of Google searches I can get a “certified support canine” I.D. card for both my dogs for a mere $29.99.

Granted the I.D. cards look about as official as a fake I.D. a college student would attempt to use to get into a bar but still to the less than discerning eye the canine support I.D. might fool you and bonus having you oohing and aahing.

This is because the I.D. has a picture of your dog on it. Thus, rendering it adorable and then there’s the “full access required by law” red, white and blue banner on the card that does give it a dash of official government document gravitas.

But faux support canine I.D.’s aside my pet therapy issue stems from the fact that I think I’ve been enjoying my dogs company far too much. I realize being an almost empty nester (and by “almost” I mean I don’t consider my nest empty until my children have vacated my home and my wallet) I could be projecting the affection I used to lavish on my children onto my pets.

But I fear my affliction goes way beyond that. If given the option of going out or staying home with my dogs, it’s almost always advantage dogs.

I was really worried about myself until I did some research and came up with a theory totally not supported by voluminous scientific data because, well, let’s just say that sounded like a lot of work. My non peer reviewed hypothesis is that the reason more people are favoring animal companionship over human interaction is due to the hostile political climate. (Note: I am referencing all politics – no matter what party you may align yourself with.)

To support this statement, I tracked the increase in pet ownership since the divisive 2016 presidential election. This also turned out to be divisive because the American Pet Products Association and the American Veterinary Medical Association stats don’t match up – at all.

I’m clueless about what the methodology was for each organizations numbers but I think maybe one group must have gone full Dr. Doolittle and talked to the pets and the other group polled humans. This madness forced me to use math (my least favorite thing) and average the numbers that showed pet ownership has, indeed, increased every year since 2016.

I then conducted my own survey and interviewed friends and acquaintances about their social interaction choices. The question I asked was if given a choice would they rather go out or stay home with their pets?

Pets was the top choice more than 70 percent of the time. And because I consider myself a social scientist with about the same level of authenticity as those “certified support canine” I.D.’s I organized a focus group.

The group backed up my hypothesis. The most overwhelming sentiment was that people would rather enjoy the company of their pet than venture out to a social gathering where someone will invariably turn the topic to politics. One woman shared that after attending a black-tie event where a man she didn’t know told her that her political beliefs were “based on false memories” she pretty much swore off voluntarily leaving her house or her dogs.

All my research made me feel not only much better but superior even. Why would anyone choose to leave the unconditional love of their pets  to venture out into the politically charged conversational chaos if you didn’t have too? Maybe by staying home with my canine companions I’m living my best life in an angry world.