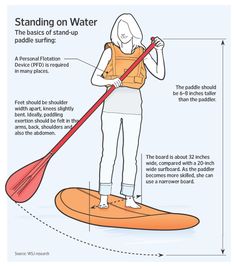 There are two kinds of people – those who can gracefully get on a pool float and those who can’t. In a surprise to probably no one I’m on “Team Can’t. “

It doesn’t matter what the float is made out of I still find it almost impossible to haul my body onto one with any amount of dignity. From Dollar store rafts to those fancy Frontgate catalog floats that feature the  “latest in marine-quality, triple-dipped PVC vinyl closed-cell foam technology” I’m still flummoxed.

I’d like to say it hasn’t always been this way. That as a child I had some serious mermaid skills and could leap onto any float with a motion so fluid it seemed like I must be the daughter of Poseidon.

Sadly, that never happened. Even at six years old I was raft challenged. It’s not that I didn’t try. I did, but it was like endeavoring to mud wrestle a greased pig with anger issues at a county fair. Slipping and sliding and finally busting a move that was so awkward not once, but twice, lifeguards thought I was drowning.

If that isn’t enough humiliation for you I also have problems with inner tubes. Granted, as a child I could get myself in a tube, but as an adult I seem to be remedial in regards to tube maneuvers.

There are two ways to get in a tube. You can go underwater and swim yourself in or if you’re gifted with finesse can just do a little hippity-hop and plop yourself in the center.

For obvious reasons I’ve always opted for the underwater entry. The problem with that approach is that sure you’ve gotten yourself standing in the middle of the tube, but you still have to yank your bottom half up and over. Trust me when I tell you that can take a whole lot of hippity-hop.

Of course there is a third way, but that’s just too embarrassing and fraught with peril. I’m talking about the plop and go. This is when you stand on the side of the pool, with your back facing the water and attempt to fall in the middle of the float or tube.

The gianormous problem with this method is that for it to work it’s going to take some math.  You’ve got quite the algebra problem going on with an overlay of physics.

You just can’t blindly fall backwards on a float that’s moving. You have to figure out mass x force plus the co-efficient of your body weight, the movement of the water and well a whole bunch of other stuff that gives me a headache.

And even if you do figure out all that stuff chances are you’re still going to miss the float and do a pretty impressive back flop into the water.

Even worse all my fellow paddle boarders just waded out to almost shoulder deep water and hopped on like they were dolphin gymnasts that had just taken the gold in the Ocean Olympics floor routine. I, on the other hand, resembled the Loch Ness monster trying to pull on a Spanx high-waisted, mid-thigh, body shaper.

There was groaning, oodles of flaying limbs, a whole lot of industrial grade hoisting, prayers and, then proving that miracles do happen, I got on the board.

I wasn’t standing up on the board. Oh no, I was face down. And I was okay with that. I urged everyone else to go and I would just float around on my stomach. It was all good.

But noooo, the paddle board posse was bound and determined that I could stand up on the board. Ever so slowly I made it to my knees and to me that was standing. Was I on my feet? No, but I was upright and that works for me.

For a while that placated the other paddle boarders. I told everyone I needed to get my sea legs. But, truth be told I had no plans to stand up. Because I knew what would happen if I stood up. I would fall.

I wasn’t that I was scared about falling. What freaked me out was the fact that if I fell off the board I would have to get back on and I didn’t think I had it in me to suffer through that again.

As predicted the other paddle boarders wouldn’t give up on their mission to get me standing. Apparently, they had a “100% success rate” in getting people to stand on their board. I didn’t have the energy to break it to them that I was about to ruin that statistic.

They were so unrelenting in their quest to get me fully upright that I had no choice but to go for it – on my own terms, of course. I would pretend that I was attempting to stand up and then abandon board and swim to shore. Call it the one and done.

Every so slowly I began to stand. I went from kneeling to a half squat and then began to straighten my legs. Hey, maybe I could do this. Maybe I didn’t need to give up. Oh my God, was this really happening? Was I, the raftless wonder, standing on a paddle board?

I felt so accomplished. So cool, like one of those fitness models on the cover of the Athleta catalog, except I had on a swimsuit from Costco with  Lycra that was losing it’s tensile strength. Let’s just say the “tummy tuck panel” had surrender two summers ago.

Then I made a fatal mistake. In an attempt to increase my coolness factor I attempted to swing my hair. Not a big swing, just a little shake. But that was enough to cause me to sway and lose my balance. My moment of glory had gone overboard. I hit the water face first, but I went in smiling.

I had done it. I had stood up and paddle boarded. I didn’t do it for very long, but who needs those details. As far as I was concerned I had accomplished a life long goal. I had conquered a flotation device. Not just any floatation device, mind you, but a very cool paddle board so take that inner tube.