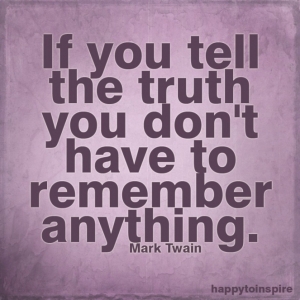 Eyebrows are why I quit my job in television news.

A little over a decade ago I was the anchor of a morning news program and to be honest I was weary of being at work at 4 a.m. and was already having thoughts of taking my career in another direction when the “eyebrow incident” occurred.

As some of you may know many TV stations use consultants to come in and critique their newscasts, anchors and reporters. All of this is done supposedly to create the best quality journalism product. Most of us who worked in the newsroom saw it as a huge waste of time and a special two-fer of insults and humiliation.

This is because our writing was never the real focus of the various consultants alleged wisdom. No, it was our appearance from the blazer that was perceived as being too “shiny”  to earrings that “signaled political intent.” While working at a station in Austin, Texas in the late 1980’s I was told by one consultant that the pearl earrings I was wearing on air were “too Barbara Bush” and I needed to select jewelry that was “apolitical.”

That’s nothing compared to the hair critiques I received over the years. Consultants remarks ranged from too flat, too long, too short, too straight, too blonde, and not blonde enough. My personal favorite was when I was told my shoulder length bob haircut made me look “overly smart” and “not approachable.”

It was suggested I grow my hair out and consider more blonde highlights so I would be “grocery store friendly.” Confused, I asked for more information about the whole elusive “grocery store friendly” thing. I was tersely informed that I needed to “look like someone people would feel comfortable talking to in the produce section.”

I suffered through all these indignities by offering up the standard issue anchor fake smile. (It’s the one I used every morning when I tossed to the Action-News-Storm-Tracker-Your-Home-for-Severe-Weather meteorologist for the school bus forecast.) It wasn’t until a consultant delivered a 45-minute passionate and scathing soliloquy about my eyebrows that I decided to say, “see ya” to television news.

Unbeknownst to me I have “angry, undisciplined, eyebrows.” These eyebrows of mine must also be incredibly gifted because the consultant said they had a “personality all of their own” and “competed not only with the rest of my face but also with the news I was reading.”

Breaking News: I was in need of an “eyebrow enhancement expert.”

Live at Five: My eyebrows were declared a state of emergency

Breaking News Update: I quit. My eyebrows and I decided it was time for a new employment adventure.

My broadcast career being determined by my eyebrows is why I didn’t even so much as raise an angry one over the whole NBC news anchor Brian William’s debacle. The man has very nice, let’s call them happy, brows that complement the words coming out of his mouth. Therefore it doesn’t matter that some of those words are great big whopping fibs.

I came of age in broadcast journalism when it was still all about getting the story right. I had a news director that loved sharing the time-worn bon mot that “Creditability is like your virginity. Once you lose it you can’t get it back.”

Reporters were trained that being accurate with a story trumped being first. We lived in fear of getting our facts wrong because we knew that not only would it get us fired, but also end our careers as journalists. And no one wanted to be jettisoned into that former news reporter employment graveyard known as hospital media relations coordinator.

We also had our feet held to the fire to never interject our personality into a story. It was Dragnet reporting – just the facts.

Slowly, reporting sensibilities changed and with the advent of social media that change exploded creating what I think of as a nuclear winter for television news.

I can’t be the only one that cringes when I see reporters doing live shots that consist of them reading their Twitter feeds. I want to shout at them, “do some legwork, make some phone calls, have an established network of sources so you can tell us timely, factual, information not what @hotnewshound419 is tweeting about.”

Oh, and if the information they reported turns out be wrong. No big deal. You get an “Oops, my bad” and that’s supposed to excuse any egregious factual errors.

As for Brian Williams and his love of the tall tale all I have to say is he violated the two fundamental rules of journalism and perhaps even of being an adult. He lost his creditability and he made it all about him. His hubris in thinking no one would ever call him out on his fabrications makes it even worse.

He needs to go away and maybe if he’s very, very lucky someday he’ll be able to land a job as a media relations coordinator.