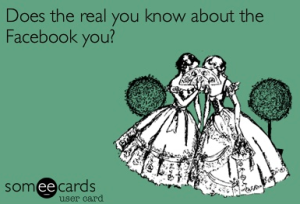 Last week, I got a bruising social media beat down and not by discussing politics or religion. Oh no, this was a subject infinitely more volatile: motherhood. All it took was two words, one syllable each, to cause a firestorm.

A friend from back in the day had linked to a post a woman had written about her kids getting older and how she ached, painfully — desperately ached — for the days when they were babies. So, as you can guess, many moms were writing ooey gooey prose in the comment bar on Facebook about how they also ached for those baby days. The smells, the smiles, the spit up.

I, on the other hand, wrote my two words. Ache free.

Well, well, well, say hello to a blistering rebuttal of mom hate. Those two words give birth to a firestorm of comments on how I must suck at being a mother because I don’t ache to climb into a maternal time machine and re-live sleep deprivation and sore nipples.

At first, I was all “Holy crap” at the outrage and then I thought to myself let’s do this! Let’s really mix it up! They want ache. I’ll give them an ache right in the old backside. My first course of action was do what I would call a social media airstrike. One ridiculously, outrageous comment to take down (tick off) many. So I posted this: “Maybe I’m not aching because I’m proud of my children and parenting skills and don’t feel the need to go back in time to correct my mistakes.” Talk about a direct hit! The fallout was nuclear winter in it’s intensity. The angry, the hostility, the rage!

Then I focused on the most pompous targets. The most delicious was tweaking the “friend” that posted the ache link. You would have thought she was still clutching her now teenage children to her breast in an XL, steel reinforced, Baby Bjorn. Oh, how she went on and on about the halcyon baby days with her “precious munchkins.”

I have no problem with that. Every mother should look back fondly at those times. What did irk me was that she led the charge in leveling mom hate towards me when all I did was post – ache free. This woman called me a “baby hater” and then went all stabby with the statement that by being ache free I was a bad mother AND she felt “sorry for my children.”

Really? She felt sorry for my children because I don’t want them back in diapers. And this was from a women who had a skill, no, make that a talent, for eagerly leaving her children with other mothers. She’s the one who would invite her child over to your house for a playdate and then forget to pick them up for the next 16 hours. That’s why I had zero problems with posting this:  “@dmj I get why you’re aching. It’s probably guilt festering from 2003 when you petitioned the church to change their mother’s day out rules to accept babies at younger than six weeks so you could have more ‘me’ time.”

That’s right. I wrote that. Yes, it’s horrible but factual and I was thinking of the greater good. Someone needed to call these women out on their mom on mom hate campaign even if it was me adding lighter fluid to whole hot mess. This is what I don’t get – we’re all on this journey together so why do mothers feel the need to keep a constant vigil scanning the horizon for any chance to bring another mother down? Are we that insecure? I sure hope not.

Oh, and do you want to know why I typed ache free? It’s because as the mother of two teenagers every so often, I, get the briefest of glimpses, of what my children might be like as adults and it’s thrilling. More exciting than when they started sleeping through the night or took those first wobbly steps. These nano second glances into their future makes me not only ache free but joyous for what they might someday offer the world.