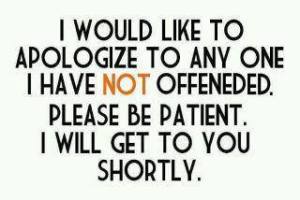 This is in response to the more than 147 and counting lame emails I have received about the post I wrote about Miley Cyrus. My biggest take away after reading all of the less than delightful correspondence is that most, if not all, of these cerebral cortex challenged folks would struggle to pass a fourth grade reading comprehension and retention test. It’s as if they only saw one sentence in my post. This one – To this I say Miley Cyrus is not the problem – you, the mother, are. Did they read beyond this? Apparently not, because most of the emails were from beyond pissed off moms giving me a beat down for “blaming mothers” for Miley’s “People of Walmart” choreographed VMA number.

Here’s the problem with that assertion – I was not blaming mothers for Miley’s performance. I was, most definitely, taking moms to task for thinking Miley was ever a role model and for all the wailing and moaning on the internet about how Cyrus shouldn’t have been working that foam finger like a woman with a stage 4 yeast infection because “kids look up to her” due to her Disney Channel lineage. One mom even shared that “girls will see what Miley did and think that’s appropriate behavior”. What the hell kind of daughter are you raising if she’s that lacking in self-esteem or I don’t know an independent thought process that she believes just because a celebrity does something it’s okay for her to do it too? Note to all you moms that shared similar lines of “reasoning” with me – don’t ever let your kid near an US magazine or the E channel. Basically you need to go off the grid. I’m talking stone age period, off the grid if you have a daughter this impressionable.

Also annoying the emails about how Miley was cheated out of her childhood by big bad Disney and now she’s acting out. I get that. What I don’t get were the emails that imagined her childhood would have been some sort of mystical, magical place with free range unicorns. Childhood can suck. Let’s be honest Billy Ray and Tish Cyrus aren’t exactly two of the brightest bulbs in the chandelier. They can’t even figure out how to get a divorce. I imagine Miley’s non celebrity adolescent and teen years wouldn’t have been full of idyllic horseback rides and praying around the campfire while making s’mores. The more likely scenario is teen Miley hanging out at the mall and getting it on in the hallway between the Food Court and the custodian storage closet while clutching a Forever 21 bag full of 2 for 1 thongs. So, yes she had a lot of adult responsibility on her very young shoulders but she’s now a very wealthy young woman who could, if she so chooses, go to the college of her choice.

Most annoying were the naive emails refuting my claim that Miley’s performance was a calculated business decision. Are you kidding me?! I’m sure the Harvard Business school will be teaching “Pulling a Miley” as one of the top 20 entertainment strategies of the early 21st century. I’d bet my limited edition Best of Both Worlds concert T-shirt that right now in Los Angles a team of agents is already counseling upcoming Disney Channel actors/actresses on the 7 steps to stardom. 1) Get a reoccurring role on a Disney Channel show. 2) Parlay that to a starring role on a newly created Disney show. 3) Sing the theme song to new show. 4) Release an album. 5) Star in made for TV Disney Channel movie. 6) Leave the confines of the Disney brand to segue to movies. 7) Movies do only okay so reignite singing career by “pulling a Miley” to get international attention. I have no doubt that at least one of the Jonas brothers is giving serious consideration to “Pulling a Miley.”

My very, very favorite emails were the ones that called me a hater and assumed I didn’t have children because “only someone who wasn’t a mother” could write what I did. I was chided for not having any real life experience with child rearing and one person said “God was smart enough to not bless me with a baby.” I wanted to share that I was blessed twice but where’s the fun in that? So I responded that yes, they were correct. I live alone in a studio apartment with my three cats, Demi, Selena and Miley. They are all the children I will ever need.

***For all things wonderfully Snarky go to www.snarkygear.com where you can find the new Spring/Summer  Snarky line of clothing and accessories. Plus, there’s my book – Snarky in the Suburbs Back to School. (Click here for purchase information.) Here’s a little ditty about it: The Spring Creek Elementary School PTA board (a coven of Mean Moms dressed in Uggs, yoga pants, and dermal filler) is up to no good.  Wynn Butler (middle-aged, uncool, and not bringing sexy back) is determined to find out what’s going on. With help from her two kids, a Roomba vacuum turned mobile surveillance drone, and a few good friends, Wynn launches a covert investigation that leads to the “mother of all revenge capers” at the school’s annual Fall Festival.  If you’ve ever fantasized about smoke bombing the idiot parent who has yet to master the fine art of the school drop-off lane, or standing up and shouting, “Liar, liar, Botox on fire” during a PTA meeting, then this delicious tale of payback is for you. To stay up-to-date on new posts and take part in my not so deep thoughts click on this Facebook link – http://is.gd/iEgnJ (That’s the abbreviated link to my FB page) or I twitter @snarkynsuburbs.

36 thoughts on “Dear Half Wits”