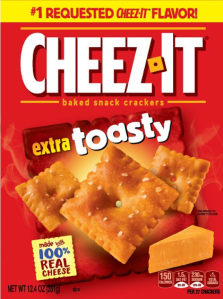 Help, I’ve fallen down a rabbit hole and I can’t get out. Worse, I don’t even know if I want to get out which is quite frankly embarrassing because I feel like I’m in the  ”Real Housewives” of rabbit holes. By that I mean I’m staying in it because on some level it makes me feel a smidge superior.

You know just like when you watch an episode of the “Real Housewives of New York” and you think to yourself, “Well, here I am sitting on my sofa stuffing my face with handfuls of Toasty Cheez-Its while trying not to get orange Cheez-It residue on the seven loads of laundry I’m folding and also hoping that I can soon garner the strength to investigate an iffy smell in my  basement. But hey, at least I’ve never done something as vulgar as throw a drink in someone’s face while riding in a limo.”

Drawing me in deeper is that this rabbit hole has some stellar parental humble bragging. Go ahead and judge but I love to witness a good humble brag in all its audacity, shamelessness, and over the top glory.

The rabbit hole also features another one of my favorite things – the know it all parent. This fusion of pomposity teamed with humble bragging is like a value size box of Toasty Cheez-It – I can’t not partake.

Please note this hole I find myself unable/unwilling to extricate myself from I didn’t even seek out. A friend, without my permission mind you, added me to a Facebook group and down, down I went. I’m currently daily gobsmacked by the postings on the “Unofficial University Parent Collective” for my daughter’s college.

To confuse you further I’m a late bloomer to this group. My daughter will be a junior in college and I’ve just been introduced to this gem. I don’t know whether to be sad or glad about that. A part of me is a bit bereft that I spent the last two years without being able to wallow in the wonder of this forum.

The current hot topic is parents asking other parents about what classes and professors their kids should take. The parents in the know are responding with in-depth missives combined with assorted humble brags on their child’s genius by stating that the information that is being offered is based on their kid’s “need for exceptional academic rigor.”

This leaves me with so many questions. Topping the list is are these parents going to class with their adult children because how else could they know so much about the inner workings of a certain professor’s teaching style, homework, grading scale and exam schedule?

To be honest I didn’t know that much about my children’s middle school classes. At some point you have to let the micromanaging go. But the bigger head scratcher is what kid at 18 plus years old would allow his parents that much access into the inner workings of his or her college existence?

Should I be jealous, impressed or mystified? I’m choosing to be mystified because I don’t think I want to live in a world where I know my 20 year old’s homework schedule.

Scenarios like this are what’s keeping me firmly entrenched in the Facebook group. I can’t stop reading the posts. It’s a journey to a land of extreme uber parenting. Meanwhile, I’m the Cheez-It parent just along for the spectacle of it all.

I know I need to stop but someone just posted asking what professors are open to communicating directly with parents and sorry but I’m going back in. I have a feeling some epic humble brag bombs about to be dropped.

5 thoughts on “Cheez-It Parenting in an Extreme Parenting World”