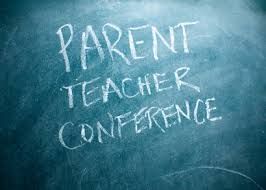 I’m so mad at myself. Yesterday there were parent teacher conferences at my daughter’s elementary school and while I’m in the middle of a conference with my child’s third grade teacher this other mom barges in and apologizes for being late and missing her conference time.(Back story – This woman is always late. It’s her thing.) She then asks if she can have some of my conference time and says “because your daughter doesn’t’ matter.”

I look at her and say “excuse me?”

And then she backtracks and says, “Well I meant that you have one of those perfect girls and my son has some real issues that I need to talk about.”

Then the teacher looks at me and asks, “Do you mind? I really need to talk to this parent.”

Because I’m an idiot, I agree and just leave. I’m now so angry I want to know if I have any recourse because I don’t think I should have been peer pressured out of my conference time.

First, stop beating yourself up. It sounds like you were bamboozled. Another mom interrupts your conference, tells you your child doesn’t matter and then before you can say WTH? the teacher pretty much herds you out of the room. Trust me, it’s not your fault.

In fact, I checked in with some of my educator friends and they all said the blame for the situation should be placed 100 percent on the teacher. She should have asked the mom who interrupted the conference to leave the room and wait outside in the hall until your conference was over. In no way, should the late, ill-mannered mother had been accommodated at the expense of your child.

A former school administrator told me that you should write an email to the teacher and co-copy the principal. In the email state, exactly what happened and how you feel your child was shortchanged. Do not mention your hurt feelings, instead focus on how the teacher comprised your daughter’s conference time.

As for that rude mother. Sure, you might want to say something, but it would be a wasted effort. It’s not like she’s going to change. Instead just get some pleasure out of giving her the side eye every now and then.

*If you have a question for Dear Snarky – 21st Century Advice With an Attitude 😉 – email me at snarkyinthesuburbs@gmail.com or PM on my Snarky FB page.